The apple doesn’t fall far from the tree, especially for cats. The fact is, well-socialized cats are more likely to have well-socialized kittens. Kittens often mirror their mothers’ calm or fearful attitude toward people; this is a normal part of their socialization. But you can play a vital role, too, by petting, talking, and playing with kitty to help her develop good “people skills.” 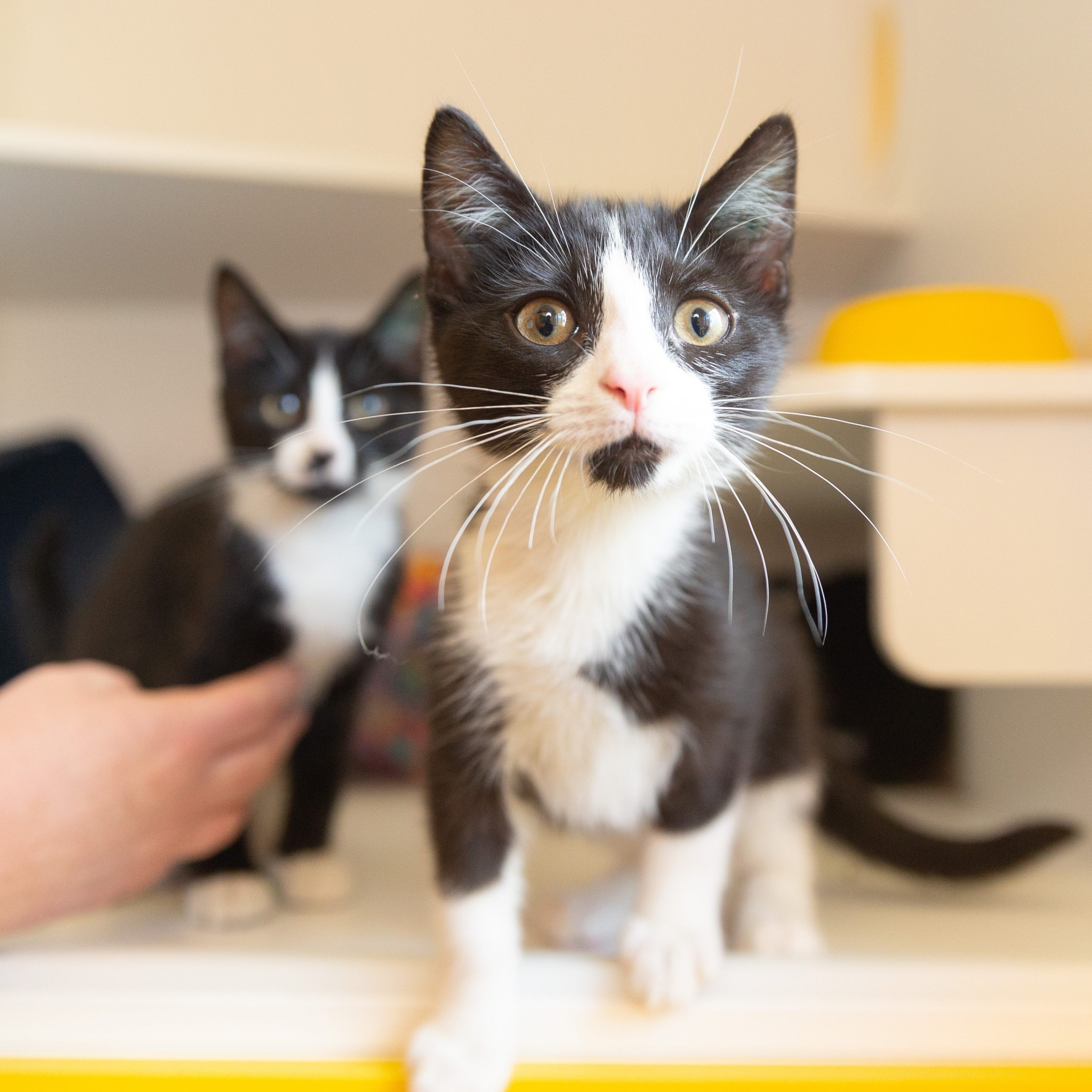 Kittens are usually weaned at six to seven weeks, but may continue to suckle for comfort as their mother gradually leaves them for longer periods of time. Orphaned kittens, or those weaned too soon, are more likely to exhibit inappropriate suckling behaviours later in life, such as sucking on blankets, pillows, or your arm.  Ideally, kittens should stay with their littermates (or other “role-model” cats) for at least 12 weeks.

Kittens orphaned or separated from their mother and/or littermates too early often fail to develop appropriate “social skills,” such as learning how to send and receive signals, what an “inhibited bite” (acceptable mouthing pressure) means, how far to go in play-wrestling, and so forth. Play is important for kittens because it increases their physical coordination, social skills, and learning limits. By interacting with their mother and littermates, kittens explore the ranking process (“who’s in charge”) and also learn “how to be a cat.”

Kittens who are gently handled by people 15 to 40 minutes a day during the first seven weeks are more likely to develop larger brains. They’re more exploratory, more playful, and better learners. Skills not acquired during the first eight weeks may be lost forever. While these stages are important and fairly consistent, a cat’s mind remains receptive to new experiences and lessons well beyond kittenhood. Most cats are still kittens, in mind and body, through the first two years of life.

Here are general guidelines for kittens’ stages of development:

Birth to Two Weeks: Neonatal Period
• Kitten learns to orient toward sound.
• Eyes begin opening; they are usually open by two weeks of age.
• Competition for rank and territory begins. Separation from mother and littermates at this point can lead to poor learning skills and aggression toward people and other pets.

Two to Seven Weeks: Socialization Period
• By the third week, sense of smell is well-developed and kitten can see well enough to find her mother.
• By the fourth week, sense of smell is fully mature and sense of hearing is well-developed. Kitten starts to interact with littermates and can walk fairly well. Teeth start to come in.
• By the fifth week, eyesight is fully mature, and kitten can right herself, run, place her feet precisely, avoid obstacles, stalk and pounce, and catch “prey” with her eyes.
• Kitten starts to groom herself and others.
• By the sixth and seventh weeks, kitten begins to develop adult sleeping patterns, motor skills, and social interaction abilities. 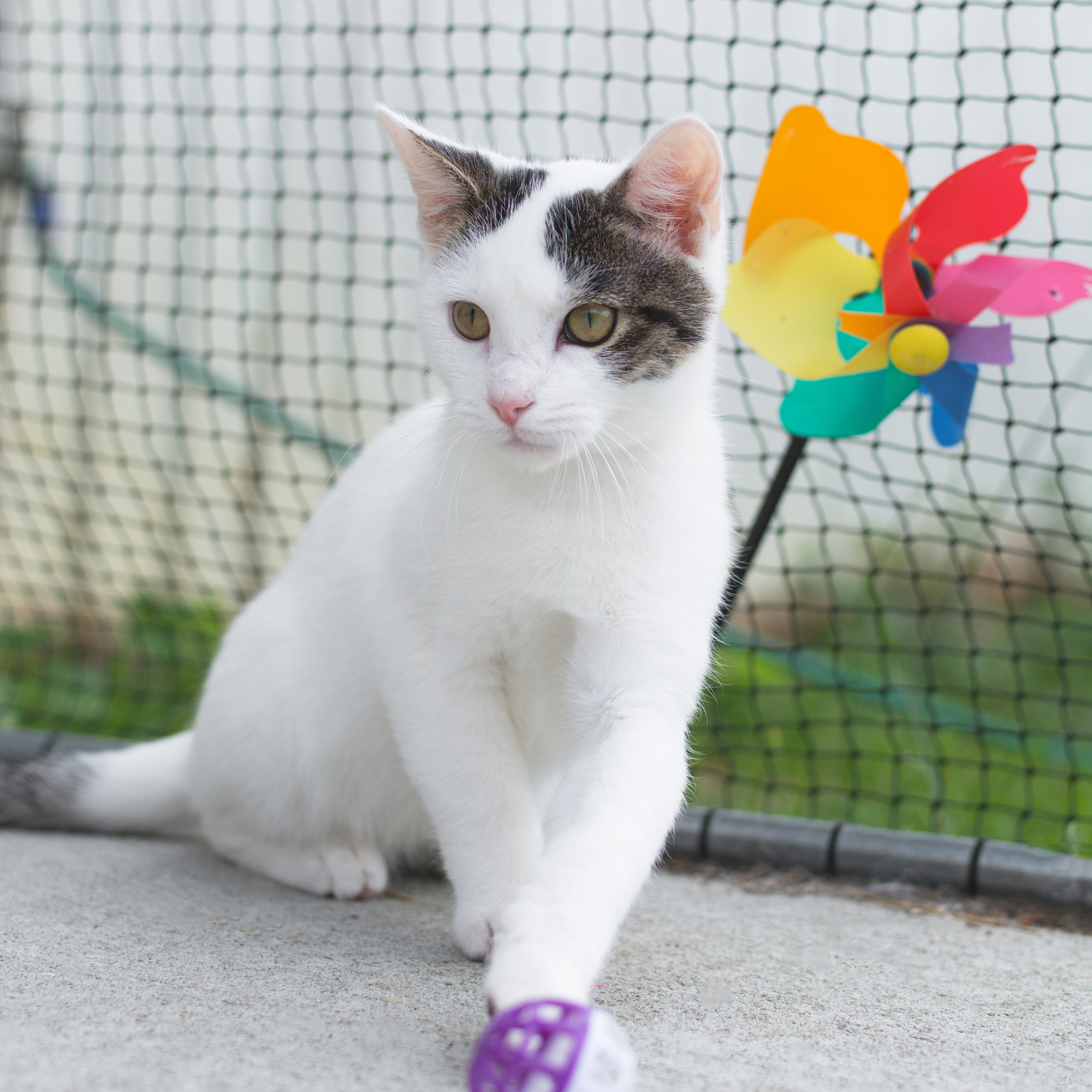 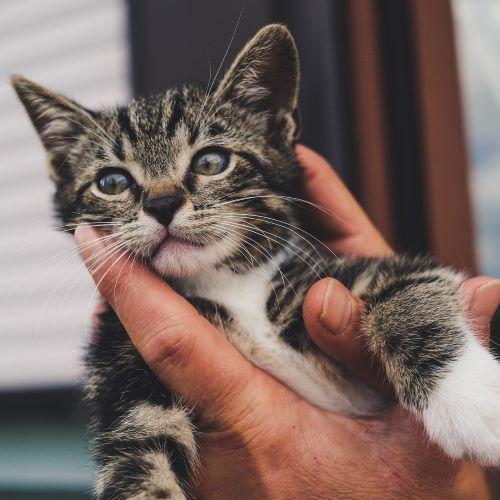 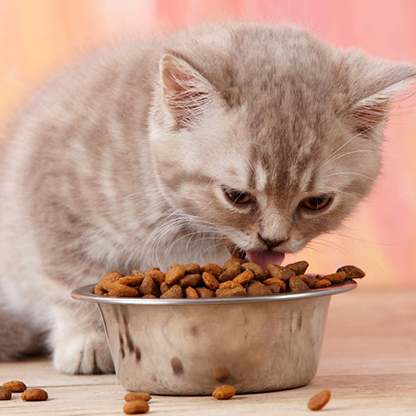 Copyright © 2004 The Humane Society of the United States. All rights reserved.